When I decided to have the second annual boxing day sale, I decided to put the call out to everyone to find the right mascot for the day. The first submission was from someone's grandma who thought the idea of "Busking Day" was an excellent idea. She also added that she'd been working on a new version of "My Humps" and was dying to take it live. When I declined she told me to "go screw myself" and then reminded me that any future live performance requests would be nothing even CLOSE to a sale price. 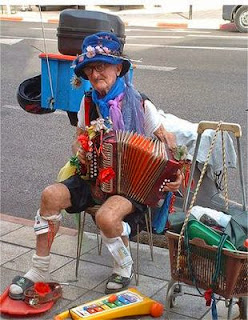 I then got a call from my friends' uncle who thought a "Bog Skiing" Day would be a fine idea although he was a bit worried about the area just off the shoulder of Highway 4 being a bit "sletchy" and could require some orange safety flags. Next. 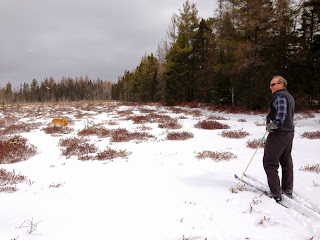 The next idea camefrom Agnes, a 93 year old former women's boxer who was dying for a rematch with her old arch-nemesis, Edna The Elbow and felt boxing day would be a fine venue for that. (At least she got the word right)While I've never been one for violence, their original action shot didn't show enough effort to suspect a 2 year reunion would be worth hosting never mind 70 years later. Sadly, we found out Edna had died in '84. Agnes told me she was happy fighting herself. Ok then . 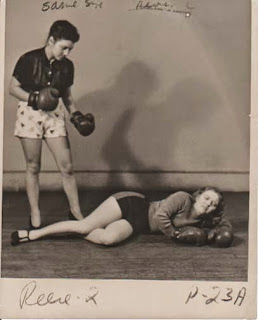 So at that point I prettymuch gave up and headed to visit my friend Joe. Assoon as I entered his kitchen I found his father sitting inside a huge empty box smiling from ear to ear. He gave the box a "spokesmodel" wave and said "Nice,huh? Very roomy!" and I instantly knew I had found my mascot.

Well it's been a year since my last blog - I was changing the online business's name and had no idea that one year later, our retail store would be running. I've heard many words over this time - fantastic! what??? brave! oh no you didn't, really? a record store? awesome! q'uelle stoopide! And they all have their merit. So I've decided to start it up again. I'll comment on what's going on in the store, review the odd LP and of course tell many little stories about my life long relationship with vinyl and music. I see I have only 1 follower as of today - so I will dedicate my first entry next week to this wonderful faceless person who's singular presence made me say, "What the hell, let's get on it". I'll update on the weekend. (After all that I'd better come up with something bloody good~!) Salutations Cavin Winnipeg Record & Tape
Posted by CavinB at 8:57 PM No comments: 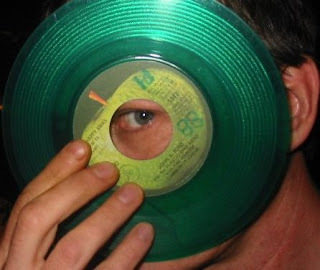 Posted by CavinB at 1:49 AM No comments:

Just around the bend....

New business name, new beginning. Once this store is up and running in it's new incarnation I will begin to purge memories and thoughts on and about music, growing up the geographic centre of both Canada and the church based cabbage roll industry. I will gently pry these scraps of information from my brain, much like squeezing the minty goodness out of a toothpaste tube. Clearly, my mind requires less thumb pressure. It will be easy to do - because so far, no one is reading this. If that changes, excellent. If not, that's okay too as I've been talking to myself pretty much all of my life. Stay tuned!
Posted by CavinB at 1:28 AM No comments: